As a devoted horticulturist, David works closely with charitable partners on worthwhile causes close to his heart. His work in the public eye goes towards promoting initiatives from the RSPB, British Hedgehog Preservation Society, Woodland Trust and Project Aware as well as raising awareness into the power of plants for better health alongside The Melanoma Fund, Thrive and SANE.

The Chartered Institute of Horticulture is both an educational charity and the chartered body for horticulture. As a Chartered Fellow of the Institute, David was delighted to be asked to become an Ambassador at Large for the Institute in 2018. In this role, he champions horticulture as a worthwhile and rewarding profession for the youth of today. 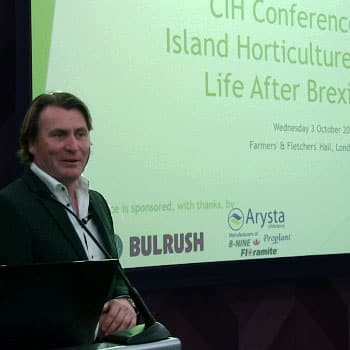 Established in 1889, the RSPB is a UK charity that aims to protect the nation’s 408 species of birds. A long-time bird lover, David promotes the RSPB’s many initiatives and advises home gardeners on how to care for birds in their own gardens. David appeared in a TV advert in support of the RSPB’s 40th anniversary Big Garden Birdwatch 2019. 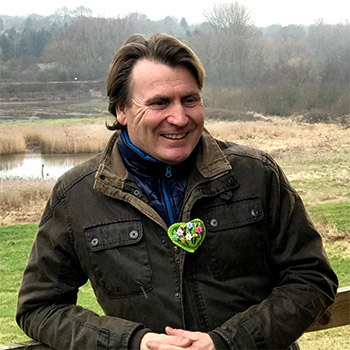 Devoted to raising awareness of the deadliest type of skin cancer around, The Melanoma Fund seeks to educate the public and fund essential research in the prevention and treatment of melanoma. David is part of the annual Watch Your Back campaign, helping to keep gardeners informed about the importance of protecting themselves from the sun while gardening outdoors. 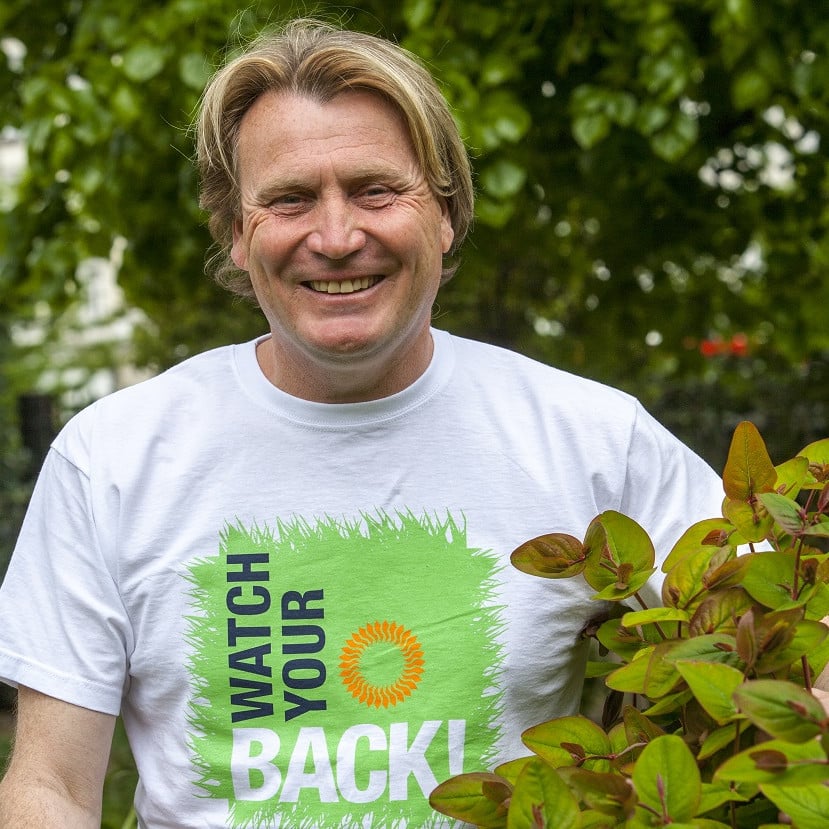 Thrive is a charitable organisation that uses therapeutic horticulture to improve the lives of people with mental and physical disabilities and illnesses. A true believer in improving health through gardening, David supports Thrive’s many initiatives in his role as Ambassador of the charity. He has lots of fun with their annual Wear Your Wellies to Work Day, which seeks to raise awareness and finances in support of the charity’s provision of research-based green care. 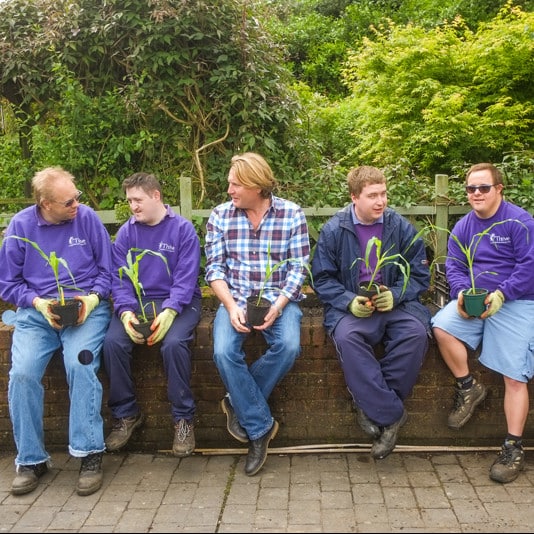 Since 2000, rural areas have seen the population of British hedgehogs drop by 50%. The British Hedgehog Preservation Society seeks to reverse that trend and to protect hedgehogs for years to come. David joins forces with the BHPS by teaching the public how to help hedgehogs in their own gardens. A Patron of the charity, he is an avid supporter of the yearly Hedgehog Awareness Week and delivers the message about the importance of protecting British hedgehogs in his forthcoming documentary for Channel 5, due to broadcast later this year. 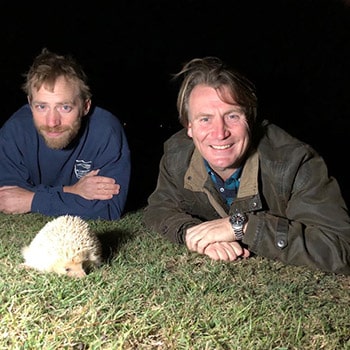 Exotic glasshouses, manicured beds and beautiful landscaping abounds at the award-winning Birmingham Botanical Gardens. A registered charity, the gardens’ collection of 7,000 plants from around the world offer a unique educational experience for thousands of people every single year. As someone who has been fascinated by plants all his life, David recently become a Patron of the charity in support of their exceptional services in educating the next generation. 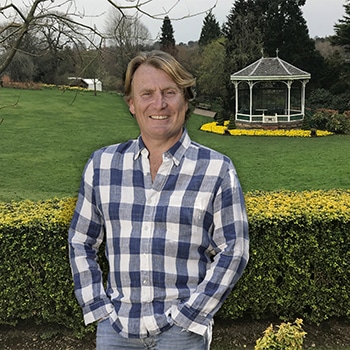 The War Widows’ Association is essentially a group that exists to improve the conditions of War Widows and their dependants in Great Britain. 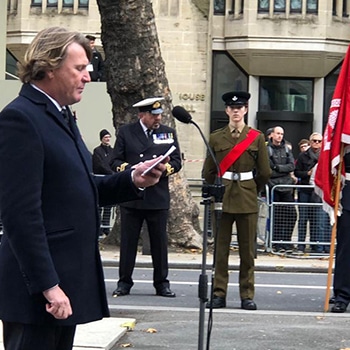 Project Aware works with scuba divers across the world in the conservation of ocean environments. In 2018, David joined forces with the charity. As a PADI qualified scuba diver and conservation enthusiast David seeks to make the public aware of the incredible work that Project Aware do and of the importance of looking after our oceans. 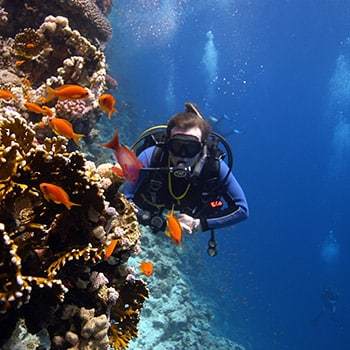 Founded in 1986, SANE is a charitable organisation that seeks to improve the lives of people with mental illness. In his role as Gardening Champion of the charity, David helps to reduce the stigma attached to mental ill-health and raise awareness of the enormous, positive impact that gardening and nature can have on mental health. 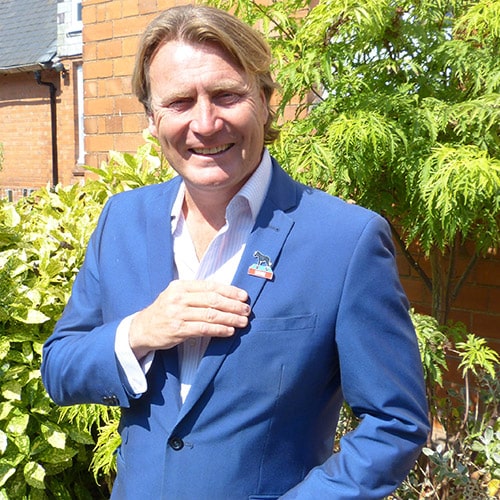 Protecting over 26,000 hectares of ancient British woodland, The Woodland Trust is the UK’s largest woodland conservation charity. David’s deep love of trees makes him a natural choice as Ambassador of the charity. He supports initiatives, like their Tree of the Year competition, to raise awareness among members of the general public concerning the plight of ancient woodland. 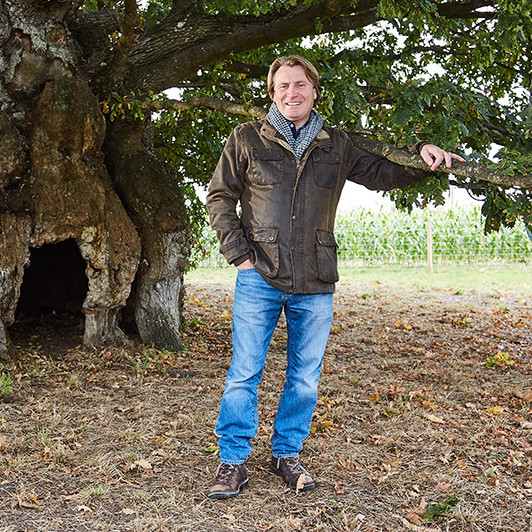 London in Bloom recognises and rewards people in the capital who are creating spectacular nature spaces for enjoyment by the general public. A huge believer in the health and societal benefits of green environments in cities, David regularly hosts the prestigious London in Bloom awards ceremony and seeks to raise the profile of their initiatives in the UK’s largest city. 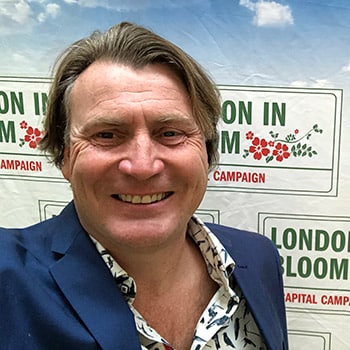 The Royal Horticultural Society are a registered charity that is devoted to enriching people’s lives with gardening. In support of the RHS, David uses his business nous to advise them as a member of their Commercial Board. A former head of global buying teams for some of the UK’s largest stores, David shares his expertise with the RHS so that they can make sound commercial decisions. 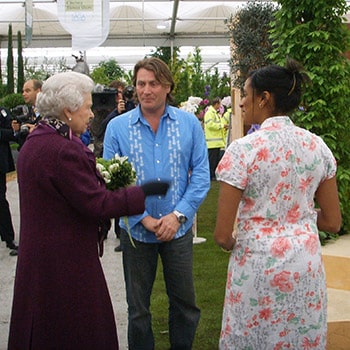 Founded by HRH the Prince of Wales in 1986, The Prince’s Foundation is an educational charity that aims, in part, to support the teaching of traditional skills like horticulture and garden design. David is proud to join forces with The Prince’s Foundation every year on his Young Gardeners of the Year competition, which sees the best of upcoming British talent in landscaping and garden design going head to head to build an incredible array of show gardens. 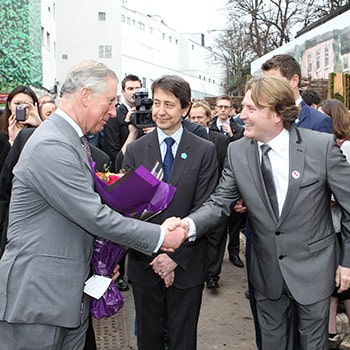 The Commonwealth War Graves Commission seek to make sure that all those who gave their lives in the two World Wars are remembered and honoured. Having heard his Grandfather’s war stories growing up, David holds the CWGC’s cause close to his heart. He joined forces with the CWGC’s Director of Horticulture, David Richardson, in the design of a silver medal winning Artisan Garden at Chelsea Flower Show in 2017, and in the creation of a short film to commemorate the centenary of the WWI armistice in 2018. 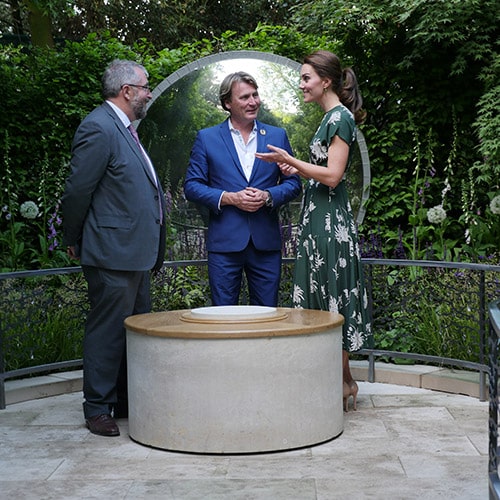