Love Your Garden Series 4 episode 2: behind the scenes photos

This is something for every spaghetti Western fan – Frances’ wellingtons with her special secateurs boot holder, ideal for a quick draw ready for any pruning, broken, damaged or diseased branches. 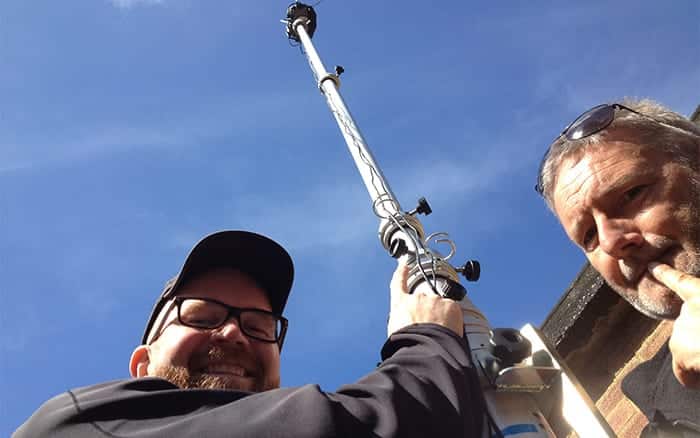 This is our series producer Phil and production manager Jim. This is the camera on a telescopic boom that goes into the air to film a lot of the top-shots down onto the garden. I can’t tell you how much hard work that particular pole is! It needs programming, fine-tuning, resetting – it’s so frustrating! However it has given us some great shots of the garden. In previous episodes we’ve filmed shots from a neighbour’s roof, but this gives incredible sweeping views. 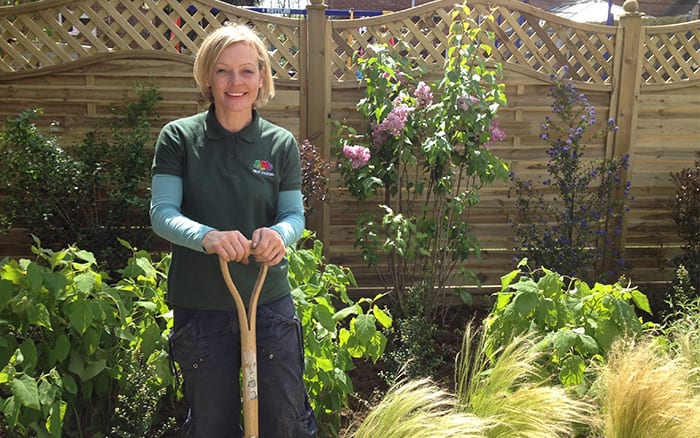 Here’s Thea, one of our associate producers. She pulls together most of the products, from paving to arches. She does a marvellous job getting everything together for us. 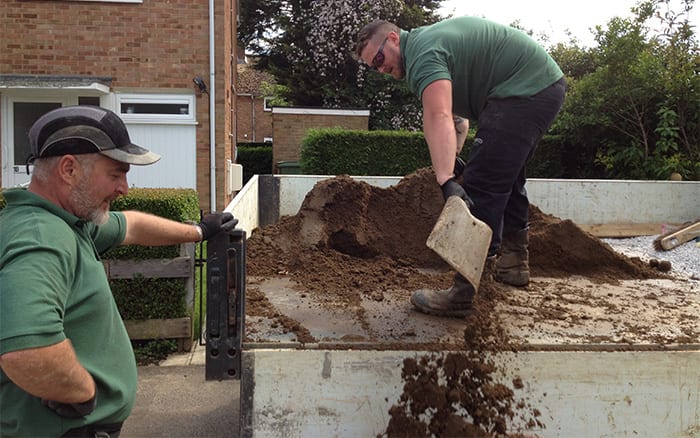 Here is Tam and Sam, also known as Mr Muscles! They work for Frosts Landscapes. It’s amazing how much soil we’ve put into gardens, especially when it’s raining or the soil is particularly poor. We moved literally tons and tons of soil. It’s exhausting! 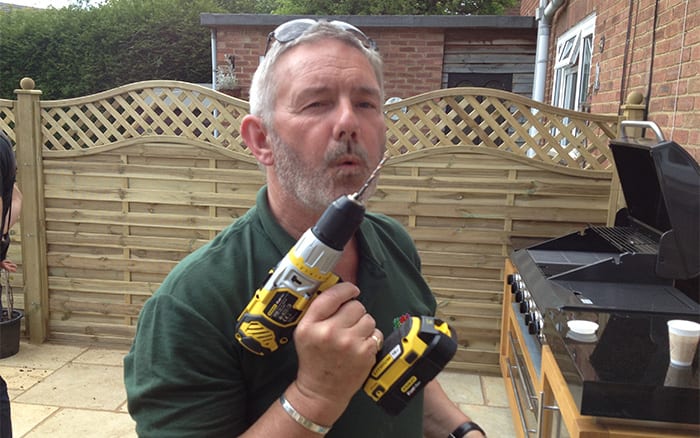 This is our intrepid production manager Jim getting to grips with the power tools. He’s the best guy for assembling the BBQ and other garden furniture. Here he’s busy posing with a drill instead of using it – he thinks he’s James Bond. Brooke Bond more like! 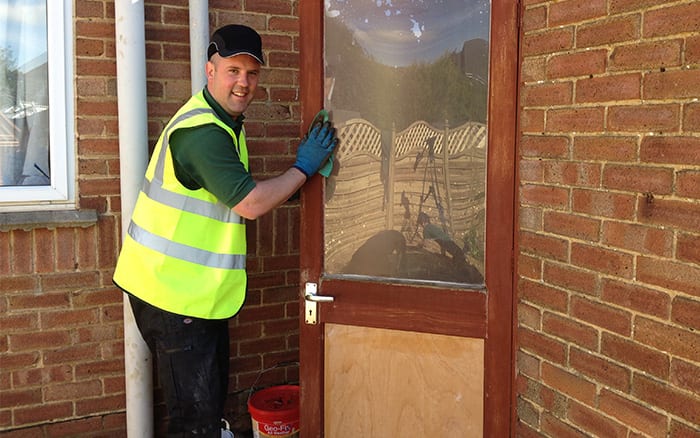 This is Dan from Frosts. He’s always got a smile on his face. It’s a lovely atmosphere when we’re creating these gardens, because it’s such a great bunch of people. Between the production team, the landscape support, the suppliers and presenters, there’s marvellous camaraderie. And we really pull together against impossible deadlines. 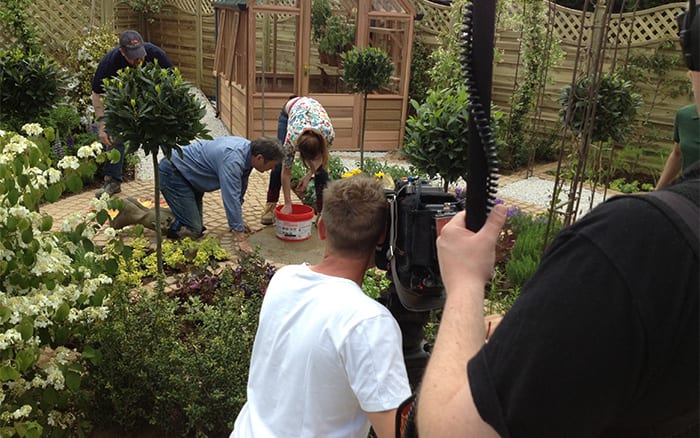 Everybody is getting stuck in here. Alan’s down on his knees with Katie as they’re putting some of the works together for the centrepiece. In the background is our series producer Phil, who is meant to be encouraging Alan but looks more like he’s wrestling with that bush! 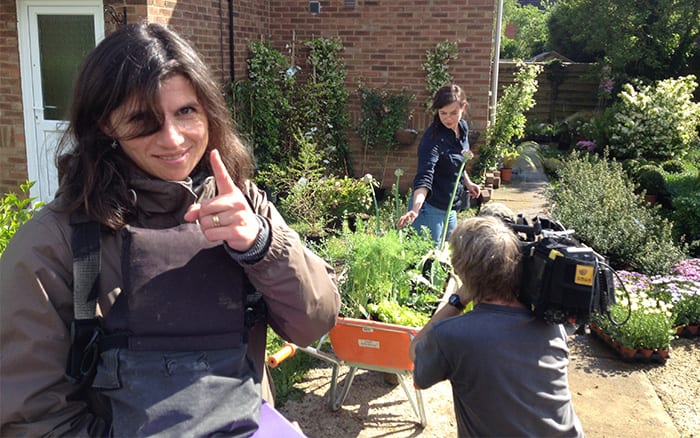 Here’s me getting in trouble again for taking photos for you, dear readers! The things I do for you. Frances is doing some presenting in the background, and Natalie, one of our directors, is busy telling me off! 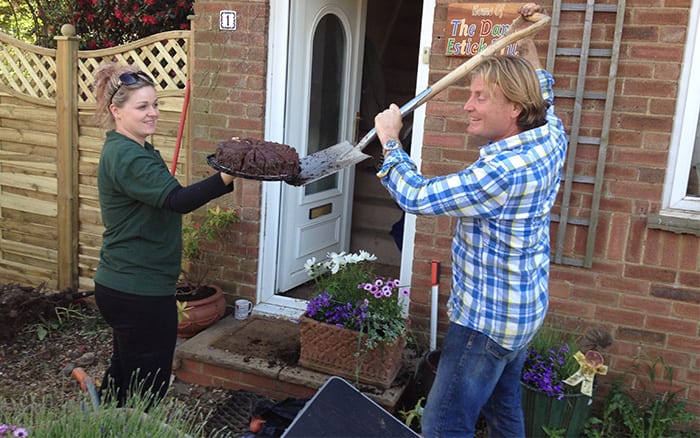 Here we have a mud cake – this is actually a real chocolate cake, but it does look like a joke one! I thought I’d lend a hand with the slicing and serve it on a spade. Not everyone was happy about it though – apparently people wanted to eat it! No sense of humour. This is us on location looking at all the different greenhouses. It’s the Manor garden, which was absolutely superb and one of the best gardens I’ve seen in ages. The greenhouse at the end is spectacular and we had a very enjoyable day filming. 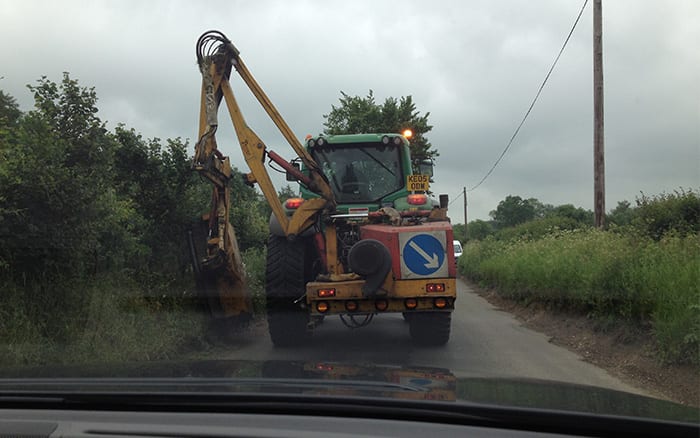 I was late to turn up to the greenhouse video because I was stuck behind this for about 15 minutes down a one-track road. What a nightmare. I took this photo as evidence to show the director Ben that it wasn’t just an excuse! Ben, if you’re reading this, it was true! This is the bird of paradise, the strelitzia, I was talking about while doing the greenhouse video. I don’t actually think it looks like a bird, but check out those amazing colours. The vibrant orange and the purple with the silvery green stem looks as if it’s been handcrafted! It’s marvellous. Here’s a shot of the glamour of television. Alan is getting ready to present over a table propped up by a couple of fence posts. Katie, Frances and I are waiting in the wings. The reason this shot looks so funny is because it has just started hailing! Alan’s cowering under that umbrella, and poor Steve in the background is running through the hailstones for a spare battery! Not glamorous at all. Here’s some more glamour in the greenhouse! It’s pouring down with rain, and Alan, Katie, Frances and myself all got inside, along with the cameraman and the director. But it was so packed, there wasn’t room for our poor sound guy Matt, who had to wait outside in the rain! Here’s a lovely photo of him pouting, and he won’t be pleased that I’ve put it in the blog! Here’s another shot of action. Steve is almost taking a foetal position as he tries to get a shot through those flowers to catch Frances going back to the garden with her wheelbarrow. It’s always a pleasure to work with Steve – he goes the extra mile!