Grow Your Own Aubergines

You’ll have heard Americans calling aubergines ‘eggplants,’ but did you know that in India they are referred to as ‘The King of Vegetables’? I know which name I prefer! Native to tropical climes, the aubergine is an essential staple in authentic Indian cooking, and for good reason. The soft flesh and skin of an aubergine can be roasted, fried or even stewed into popular dishes such as Moussaka, as well as being used as a meat substitute in many vegetarian meals. I love them stirred into a lemony risotto for that real, melt-in-the-mouth moment.

On top of being a versatile culinary ingredient, aubergines are also great for our health, as they are low in calories and high in dietary fibre, making them useful for weight management as well as people with type 2 diabetes. They also contain high levels of an antioxidant which has been known to protect the lipids in brain cell membranes – science talk that really just means they can help our brains to function better. 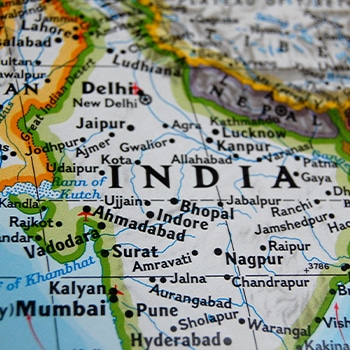 So now we know the aubergine is good for our bodies, brains and tastebuds, how can we grow it? Don’t be fooled by the aubergine’s tropical background – they’ve also got relatives here in Britain. As a member of the nightshade family, along with tomatoes and potatoes, they grow hanging from vines, just like their juicy red cousins. Chances are, if you’ve managed to grow tomatoes, you’ll be able to get in on the aubergine action too.

You might be surprised to find that not all aubergines are large purple oblongs. You could find yourself growing white, green or even stripy varieties that range from the size and shape of an egg (hence the name!) to very long and thin types that are perfect for stir fries.

You’ll get the best results growing aubergines in a greenhouse or cold frame, or indoors near a window. If you live in a mild southern area, you can try them outside in a container in a sunny and sheltered spot. February and March are the best months for planting, as the long growing period gives them a chance to take advantage of as much sun as possible.

Fill small pots with seed compost and sow your seeds directly on top, spreading about 7 seeds evenly on the surface. Add a thin layer of vermiculite or compost on top, water in, and then place in a heated propagator set to about 21 degrees centigrade.

If you don’t have a propagator you can make your own by tying a plastic bag or shower cap over your pots, and putting them on a warm sunny windowsill. In about 2 weeks your seedlings should pop up, at which point you can remove the propagator and keep them growing indoors, ensuring the soil stays moist and the plant is getting plenty of light.

You’ll need to keep transplanting your aubergine plants to bigger pots with multi-purpose compost as they grow. During the first transplant, handle by the leaves to avoid damaging their delicate stems. A few months after planting, you can move them to their final position. Use a 30cm diameter pot filled with multi-purpose compost, place in your greenhouse or cold frame, and leave plenty of room between pots.

If you’re having a go at planting them outdoors, plant 50-60cm apart, and cover with a cloche for two weeks to acclimatise them, and then again during cold spells.

Aubergines like a tropical vibe, so misting them with water, especially during sunny spells is essential. You can even place dishes of water in the greenhouse or cold frame with them to help raise humidity.

Once the plants are big enough, you’ll want to support them by tying the stems loosely to upright canes. You should also remove the main tip of the plant once it reaches 30-40cm, as this will encourage better growth. Once flowering begins, feed your plants about once a week with a potash-rich fertiliser.

Depending on the variety of aubergine plant you have chosen, each plant may yield about five or six fruits. Encourage fruit to set by tapping the flowers to release pollen.

You’ll start to see the first fruits in July or August. Once you have the desired amount for your plant, remove other flowers and side shoots to allow the plant to focus energy on enlarging the current fruits. Remove old petals from the plant as these can cause problems such as mould.

Once your aubergines are shiny and have reached their desired size, cut them off using a sharp knife or secateurs. Don’t leave them too long as they’ll go dull and bitter. If your outdoor plants seem to be taking too long, cover with a fleece to raise the temperature and get them going.

Store in the fridge and eat fresh for the best flavour.

Grow your own shallots