How to grow your own shallots

Though they hail originally from Southeast Asia, shallots managed to make their way to the Mediterranean and into classic Greek literature, but they are still most associated with France, which has been called their ‘spiritual home’. The subtle depths of shallot flavour have been at the heart of French cooking since the 12th century when they began to be grown in Brittany and Anjou, and it’s easy to see why. Milder than the onion, and, many would argue, more refined, shallots are simply delicious.

But the benefits don’t stop at your taste buds. Shallots are absolutely packed with nutrients and vitamins that we need for good health and vitality. They are rich in flavonols and polyphenolic compounds, a diverse range of antioxidants, dietary fiber, protein, vitamins and manganese. They improve circulation and metabolism, lower cholesterol and blood pressure, and improve heart health. 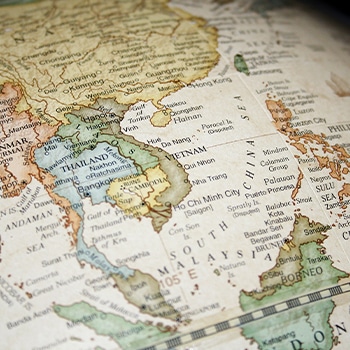 For gardeners and growers, the points keep racking up. Shallots are low maintenance, very hardy, and they don’t need much space, so you can squeeze them in between other vegetables. They also mature more quickly and can be planted earlier than onions. One of their best qualities is that they store for an incredible amount of time – some varieties for up to a year!

Shallots are almost always grown from sets (small bulbs). You can buy seed, but it was developed for mechanical cultivation and there is little point in using it for garden crops, as it is much more difficult.

You can buy the sets in spring planting or autumn planting varieties. Most are planted in spring when the soil begins to warm. However, when planted in autumn and overwintered outdoors they can be harvested earlier than the spring sets. Each set will divide up into 6 or 8 more. 1kg of bulbs will usually give you around 4-5kg of shallots.

They are not fussy vegetables, and are great for beginners and experts alike. All they really want is a sunny position and well-drained soil. Even clay, as long as its structure is improved with compost, should give a good yield.

You can improve fertility and drainage by preparing soil several weeks in advance. I’d use well-rotted compost rather than raw manure, as manure adds more nitrogen than they need. If your soil has drainage issues then you could try using raised beds or even containers instead. Rake the soil level and add some general purpose fertiliser such as blood, fish and bone.

Plant shallot sets in rows. Position the bulbs so that the tip of bulb is just protruding through the soil surface. Space 15cm apart and 30cm between rows.

It’s a good idea to cover crops with a protective netting or fleece to prevent attack from birds and insects.

Aftercare is simple for these undemanding alliums. Water occasionally if going through a very dry period, hoe regularly to remove any weeds, and remove any flowers immediately to prevent bolting.

Harvest your shallots from late June to early July. Wait a week or two after the leaves begin to turn yellow, and then on a dry day, loosen from the ground with a fork. Don’t take them away though, leave them on top of soil to dry in sun for a day or two. Store them in a cool dry place and they will last for several months.

Grow your own Aubergines