How to Carve a Halloween Pumpkin

As the evenings draw in and the leaves change to spectacular crimsons and golds.

There is another quintessential symbol of autumn in many of our homes: a beautifully carved pumpkin.

The legend behind the jack-o’-lantern 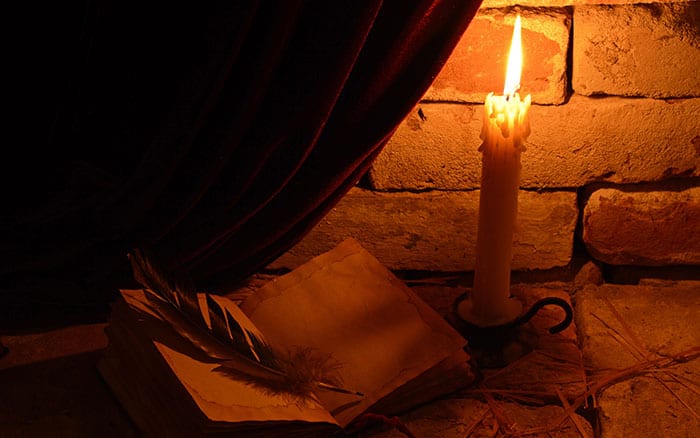 The history of why we carve pumpkins traces its roots back to centuries-old Irish folklore.

Legend has it that an old drunk named Stingy Jack offered the devil his soul in exchange for one last drink. Jumping at the chance to claim Jack’s soul, the devil turned himself into a silver coin to pay the bartender. As he did so, Jack snatched the coin and thrust it into his pocket next to a crucifix, which prevented the devil from changing back. In a bind, the devil made a deal with Jack that he would not claim his soul when he died in exchange for Jack allowing him to return to his original form.

Years later, when Jack died, he was refused access to heaven because of his sinful deeds but also barred from hell because of the deal he’d made. The devil gave Jack a burning ember from the fires of hell and sent Jack away. Jack placed the ember inside a carved out turnip to light his path.

Thus, the story goes, Jack is forced to wander the earth with nothing but an eerie lantern for company. “Jack of the Lantern”, as he became known, eventually became jack-o’-lantern and this name has become synonymous with the lantern itself. 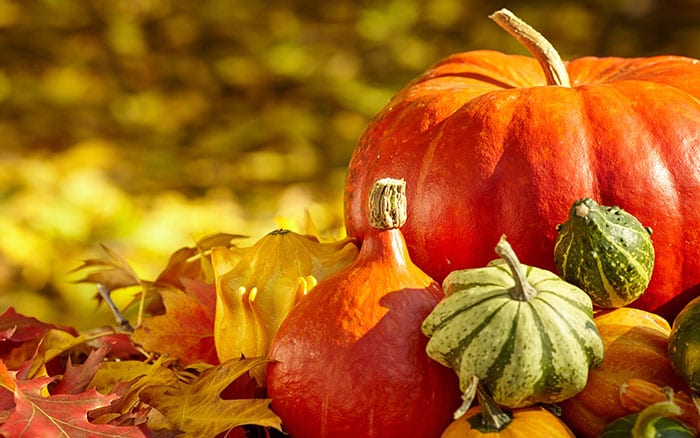 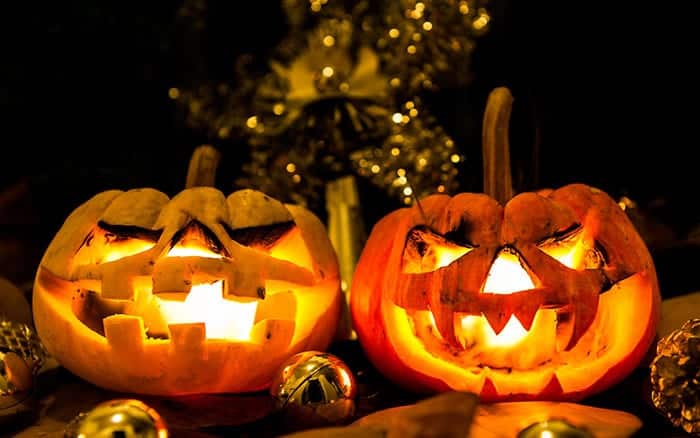 It became a tradition to carve grotesque faces into turnips, light them with candles, and place them into windows and doorways to scare away evil spirits. When the tradition was taken to America, it was discovered that pumpkins make fantastic jack o’lanterns. This is where we get the tradition of carving pumpkins in the UK.

If this year you are carving your own pumpkin, this step by step guide will help you on your way.

Begin by finding your preferred pumpkin. These can be bought at your local supermarket, farmers’ market or, if you’re lucky, a local pumpkin farm. If you can, I’d encourage you to visit a pumpkin farm as you will help to support local business, get first pick of the crop and guarantee that the produce is fresh.

It’s also a great afternoon out with the kids. If you want your pumpkin looking as fresh as possible for Halloween, simply delay carving it until the week before.

Carving pumpkins are typically thinner and easier to saw into. The insides of certain pumpkins are less dense and tend to be grainier or stringier—making them easier to clean. Some examples of good pumpkin varieties to carve would be ‘Batwing’ pumpkins for small size, ‘Becky’ varieties for medium size or perhaps try, the aptly named, ‘Jack-o’-lantern’ variety for a larger one.

Once you have decided upon your perfect pumpkin, use a sharp serrated knife to cut off the crown. Don’t forget to make this wide enough for your hand and carving utensil to fit through, to avoid difficulty when spooning out the seeds and pulp from the inside.

Ideally, try to angle the slices inward so that the top doesn’t fall through when placed onto the pumpkin.

Hollow out the inside of the pumpkin using a spoon or your hands and then put these to one side so that you can use the insides later! You will need to keep them fresh in the refrigerator but they will make a variety of yummy treats. This perfect pumpkin soup recipe from Cultivation Street is a great way to use the discarded innards.

Once your pumpkin is hollowed out, you can carve your design. Be careful and carve slowly, making sure the sharp edge of the knife is always pointing away from you. This is where you can get creative; anything goes!

I personally enjoy finding some new and fresh ideas on Pinterest and then putting my own spin on it. 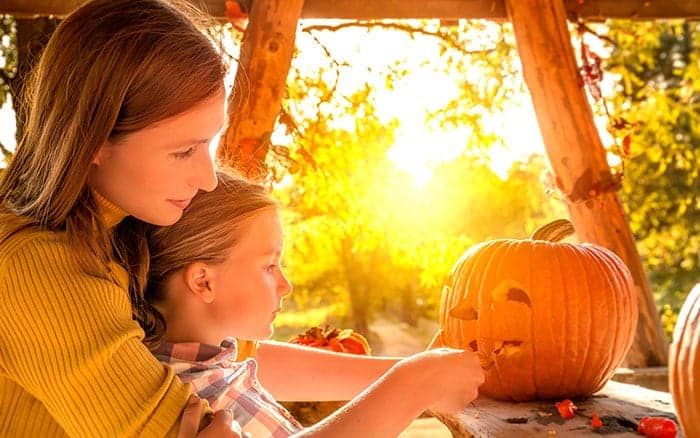 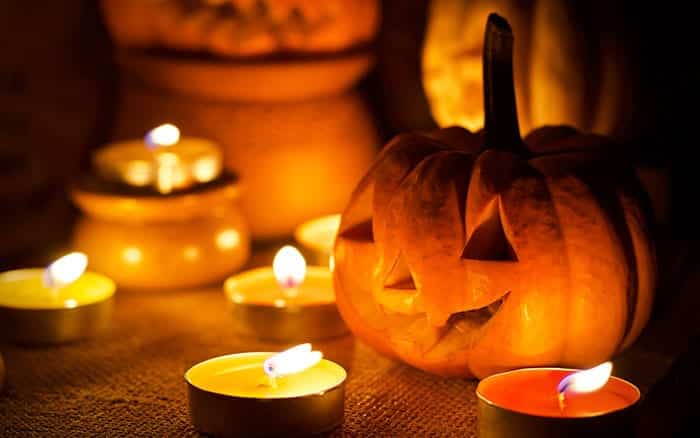 This year I’ve made a pumpkin eating a mini pumpkin like this one—the kids love it. After you’ve finished carving your pumpkin, pop in your light source and display to the rest of the world.

Choosing an LED candle instead of an open-flamed candle can make your pumpkin safer around young children and trick-or-treaters come Halloween.

Provide your pumpkin some post-party purpose

Don’t forget, once you’re finished with your Halloween festivities, pumpkins can be used for an array of things. Many pumpkin farms feed their unused crops to livestock.

At home, to avoid wastage, you can dispose of them in your garden as they make fantastic fertiliser!

You can do this by first removing the seeds (to avoid any unwanted plants from sprouting) and then adding your unwanted pumpkin to the compost heap.

As for the seeds we put to one side earlier, it’s now time to put the natural goodness to best use by roasting the seeds for on top of a homemade salad or for munching on as a delicious snack that’s packed with natural nutrients.

Go Italian and dust the seeds with garlic and parmesan for a savoury treat or drizzle them with salted caramel for the ultimate sticky indulgence.

Birds will also benefit from these nutrient-rich seeds—and, come winter, they’ll be particularly grateful for supplementary food as their natural food becomes scarce in the colder months. 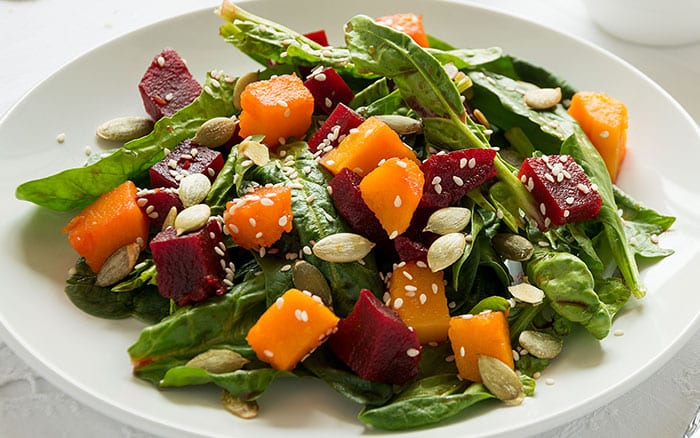 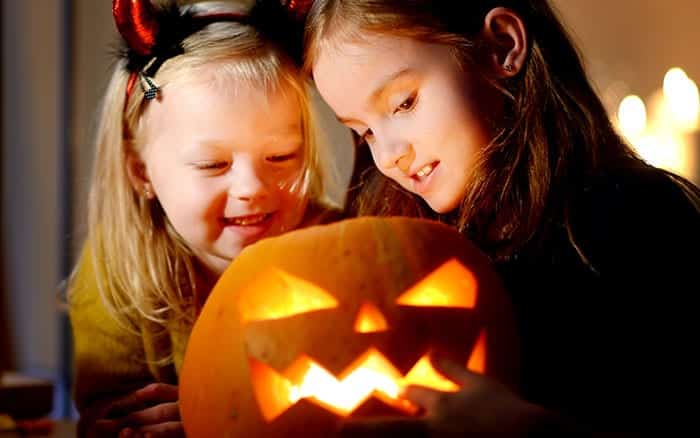 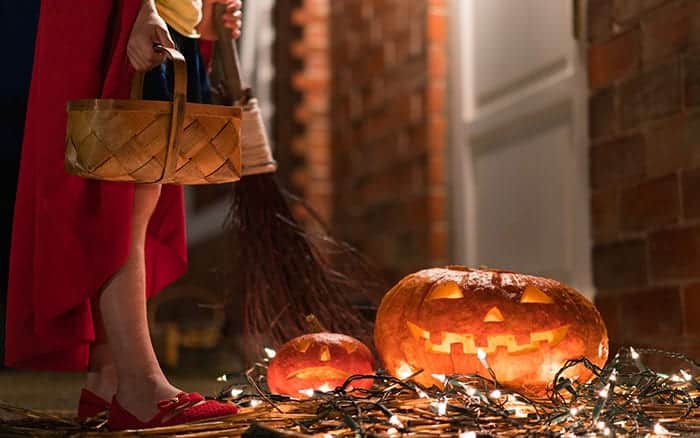 Pumpkin carving can make for a fun past-time with your family and once you’ve carved your pumpkin, you can join in tradition of putting this outside your front door to guard against any ghosts and ghouls. It’ll also let the trick-or-treaters know that they’re welcome to knock on your door.

Find out more on how to grow your own pumpkins here: 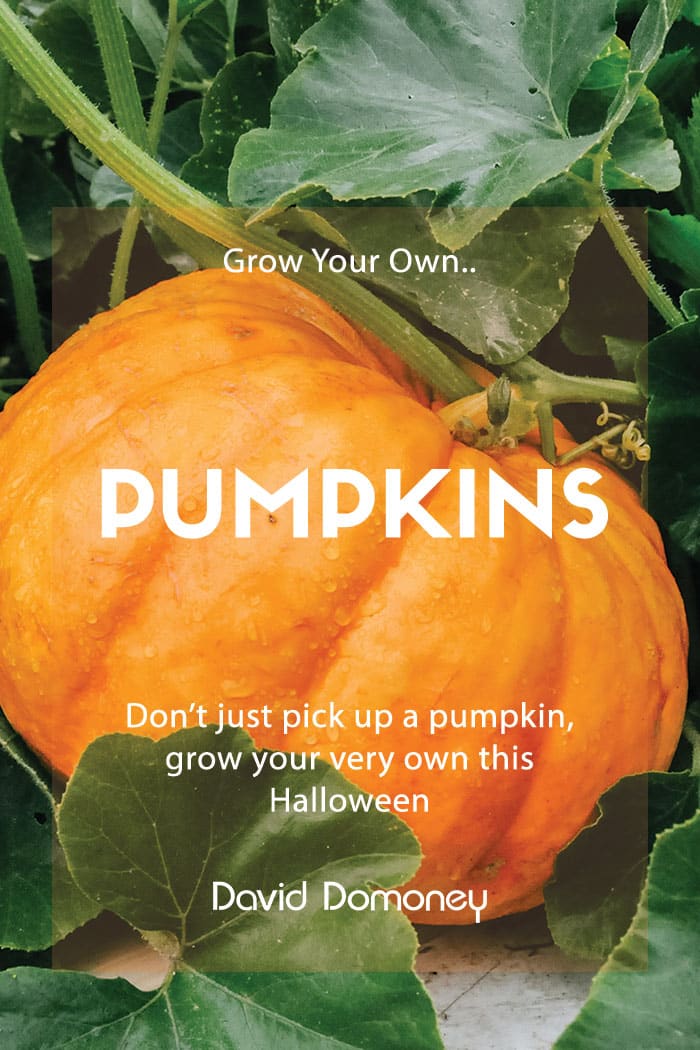 Grow your own pumpkin 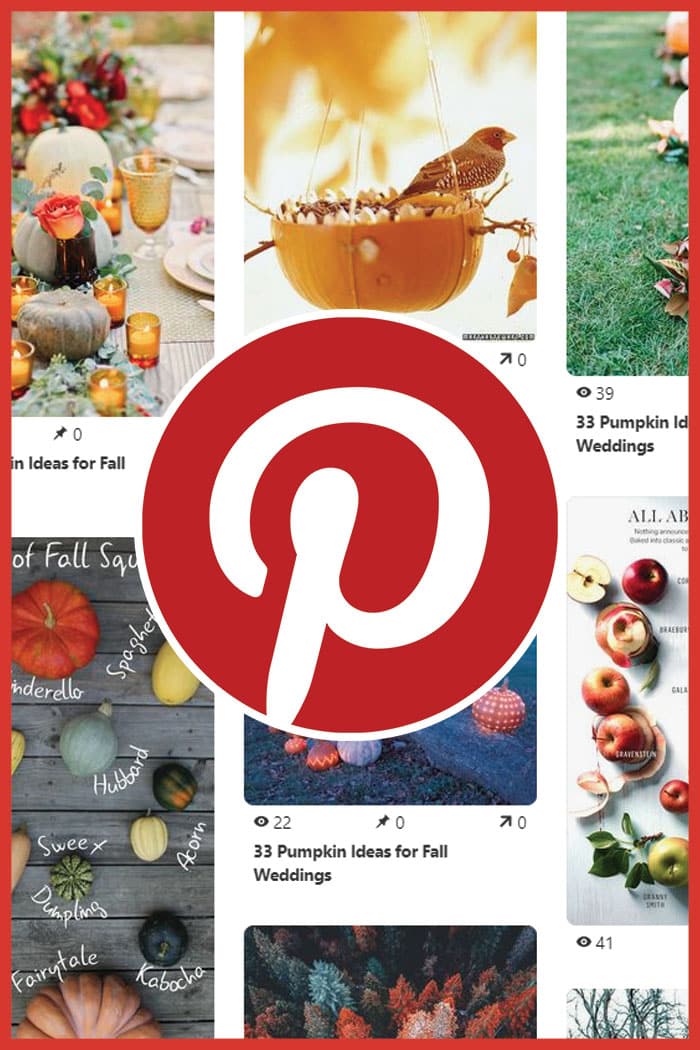