Kate and Will Gnomes at RHS Chelsea Flower Show 2013 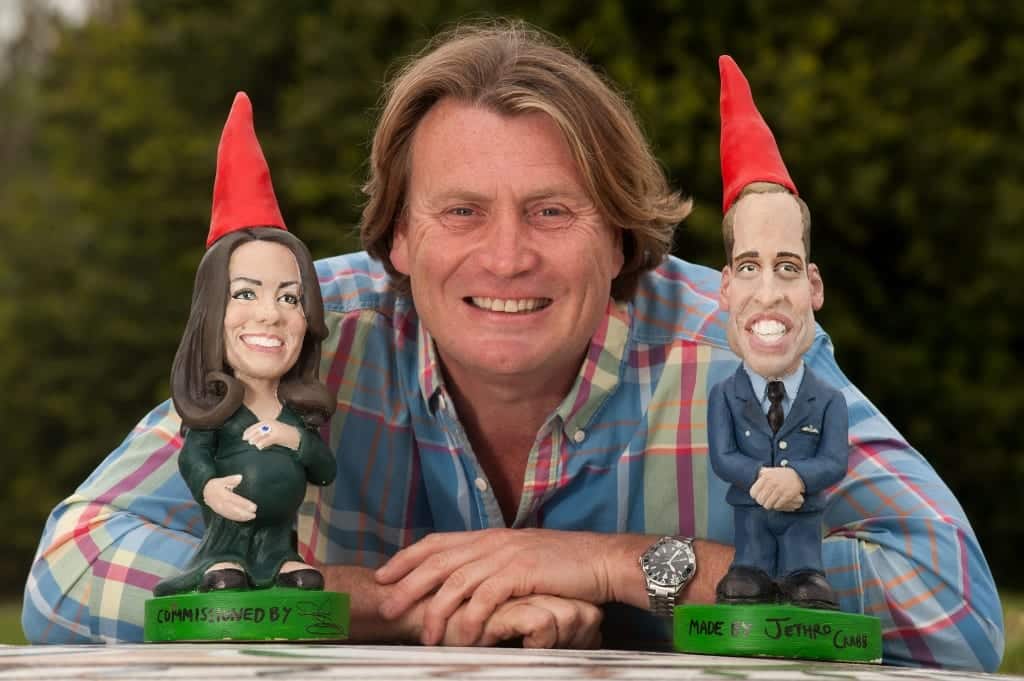 For Chelsea Flower show, I transformed The Duke and Duchess of Cambridge into humourous garden gnomes to raise money for charity.

The prestigious Royal Horticultural Society (RHS) Chelsea Flower Show, lifted its long-term ban on gnomes for the first time in 2012. And I created funny gnome versions of Prince William and Kate Middleton for my exhibit at the show.

The ban is lifted for one year only, as part of the show’s centenary celebrations and to raise funds for the nationwide RHS Campaign for School Gardening. The RHS maintains that gnomes are not normally in-keeping with the world-famous horticultural event. As they fall into the category of ‘brightly-coloured mythical creatures’ (which is how the ban is described in RHS manuals).

Before the show, the RHS invited me to paint and decorate a gnome. But I never do things by halves. And decided to go one step further and create two gnomes to celebrate the then-impending addition to the Wills & Kate household. Kate’s gnome clearly shows her seven-month pregnancy bump. While William has the beaming smile of a proud soon-to-be father. Gnomes are often associated with bringing good luck, I could not think of a more popular couple that the nation was wishing good luck to at the time. I hope that Kate and Will liked the gnomes, and could see that they were made with great affection.

The humourous caricatures first featured at the world famous gardening event. Before being auctioned online to raise money for more kids to learn about gardening and horticulture in schools. The auction of these gnomes supported children in British schools up and down the country as they learn more about gardening through the RHS Campaign for School Gardening.

The money raised went towards to improving school gardens in over 16,500 schools.  These schools have signed up to the campaign, which teaches over 3.5 million children about gardening and growing plants.

I came up with the idea for the gnomes and commissioned sculptor Jethro Crabb to make them. He had worked on countless famous faces previously as a portrait sculptor for Madame Tussauds. Jethro’s work can be seen at www.sculpturecommission.com.