One hundred years on from the first world war, the ripples of loss can still be felt today.

Rudyard Kipling famously said that “When you go home, tell them of us and say, for their tomorrow we gave our today,” and his words are still as poignant today as they were so many decades ago. They reflect the reality of war and, at the very core of it, the human sacrifice that was made. 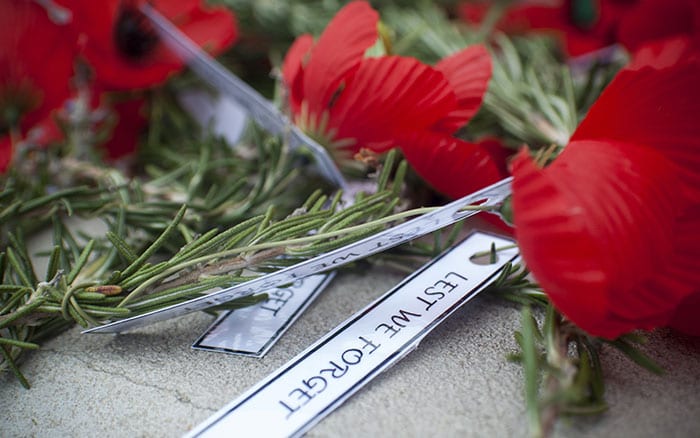 Today, we commemorate that loss, as we have each year since the war ended, by wearing poppies in memory of the many soldiers who laid down their lives.

Wars are not fought in the trenches anymore, but our world is still one in which heroes are lost and lives back at home are changed forever. After the world-shattering loss of the first world war, some 18,000 charities were established, and since then have been making a difference to people across the nation.

Help for heroes was set up as an organisation in 2007 to help rebuild lives affected by conflict, just as they were a century ago.

We’re fortunate that the support we can offer war-personnel recovering from injury are tenfold to what would have been available in 1918.

Techniques in healing the wounded or injured in the line of duty, have developed to include therapies beyond reintegration. Instead, this organisation provides significant possibilities for rehabilitation, restoration and recuperation; with programmes built on years of research towards recovering from both the physical and the mental scars of warfare.

I was privileged enough to meet with Jock Easton, Recovery Manager for Help for Heroes, in order to discuss the work they do for military service personnel in a modern-day Britain.

During our meeting I was inspired on hearing about the change that has been made to so many people through these initiatives.

Individuals who have found themselves with mental health concerns, troubled personal relationships, homeless or in a state of hopelessness due to war, have directly benefited from their recovery pathway taking them into the swimming pool, gymnasium, as well as the garden.

Jock also informed me that there are around “seven personnel discharged every day” and he urged any of them to speak out for help, volunteer or get involved with these opportunities available to them.

With the centenary of the First World War, my meeting with Jock was motivated by a path of discovery during this landmark point in time.

During which, I’ve begun to understand that our appreciation to those who fought during the war, is only further expanded by the sentiment that many of our own family members were a vital part of the war effort. My grandfather, Henry William Domoney joined the 1st battalion of the Somerset Light Infantry in 1914 when he was just 18 years old. He was given the role of signalman, which was particularly dangerous as they would often have to stand above the trenches to wave flags. It’s hard to imagine him in such a position at this very young age. But accounts suggest boys as young as 14 years old were received into the war effort.

As well as records retelling the difficulties these young men faced, we are also reminded during this time of the incredible examples of solidarity and kinship that were documented on the front line and on the home front. The crucible of war found men and women alike, doing their part for their country in acts of bravery and patriotism.

On the 31st October, all those years ago, Henry Domoney was attempting to wake up another soldier who was asleep, when he was hit by shrapnel from a German shell. A surgeon decided he was not worth saving—leaving him overnight and revealing that it was unlikely he would survive. But my Grandfather did live through the night and, after seeing this, the doctors decided to ship him back to the UK. His wounds were so severe, that he had to be honourably discharged from the Army nine months after being wounded. Of course, during this time, countless men who had life-altering ailments from the war found themselves readjusting to civilian life.

Nowadays the support he would have found back at home upon his return, would have been something quite incredibly different.

Help for Heroes offer remarkable programmes like ‘Gardening and Horticulture’ courses which according to Jock “sees the personnel finding themselves a routine and finding hope for themselves. This has brought them back from despair and to enjoy their lives more. To enjoy the garden and all it can bring them.”

The garden that has been built allows those affected to speak freely, exchange experiences and opinions, as well as to talk about recovery with each other. “[Recovery] works during those conversations and allows them to work towards something for them.”

Jock went on to say that “there’s no definitive injury for gardening but, in general, all that’s on offer helps them find their way to the journey’s end,” concluding that horticulture is a milestone on that journey for many.

“What became clear when we revitalised the garden was that we needed to have areas that offer opportunity and we saw that apples and honey had value, and so have a process of pruning the trees and learning, picking apples… and selling through our volunteer network.”

According to Jock, the bee community in particular, is beneficial because it closely reflects the community of military service—as well as giving all an opportunity to have hives of their own at home.

I believe that we owe a lot of gratitude to the incredible work this and other inspiring charities do to help those affected by war.

I have to say, on speaking with Help for Heroes, I’m moved by the idea that horticulture, to which I have dedicated my life, plays such an important part in healing those wounds. And I wonder whether my Grandfather, who died when I was very young, would have found solace in the same pastime.

I, myself, have often found the power of plants a remedial force to be reckoned with; providing mental and physical enhancement to my life over the span of my career. During this time for remembrance, I will take the time in my garden to remember those who fell and think of those who still fight for us today. Although we take the time to reflect upon this during our minute silence each year, somehow, a century on, I feel even stronger in the notion that: we must never forget the events that transpired during those 4 years of war—both the inspiring tales of unity and the harrowing stories of sacrifice.

Only this way will we ensure that the war is remembered in its entirety, so that future generations will recognise that for our tomorrow they gave their today.

For more on the armistice, check out my blog: