Winter is now well on its way and, as such, we begin to find new ways to enjoy our gardens. Whether that be through the magic of fluttering winter birds, or the enchanting flicker of flames on bonfire night.

With everything that’s going on, November is by no-means a quiet month for the gardener and proceeding down this wintery track. Here are my top 3 jobs for this spectacular month.

Now’s the time to keep your garden ponds looking polished and spectacular. This will go a long way towards boosting pondlife, providing a water source for wildlife and keeping it as a fantastic focal point in the garden.

Start by preparing a holding place for the fish and plants. For this, it’s best to use the same water that’s in the pond. Then, the easiest way to drain the water is with a pump. And you can pick these up from your local garden centre or even rent them from a specialist provider.

As the water level drops you can pop any decaying plants to one side so that small creatures can take cover in the roughage. Any silt you remove from the bottom of the pond can actually do wonders for your plant borders. But you don’t want to remove it all because little pond creatures will nestle to the bottom once returned.

Cleaning your lining is really easy. Just take a scrubbing brush and use a little elbow grease. As we head into winter, ensure your pond pump is working to keep oxygen levels plentiful will benefit your pond’s ecosystem.

You may also want to take this opportunity to leave tender water plants in a tray of moist sand or mud in a sheltered space, like a conservatory or greenhouse. 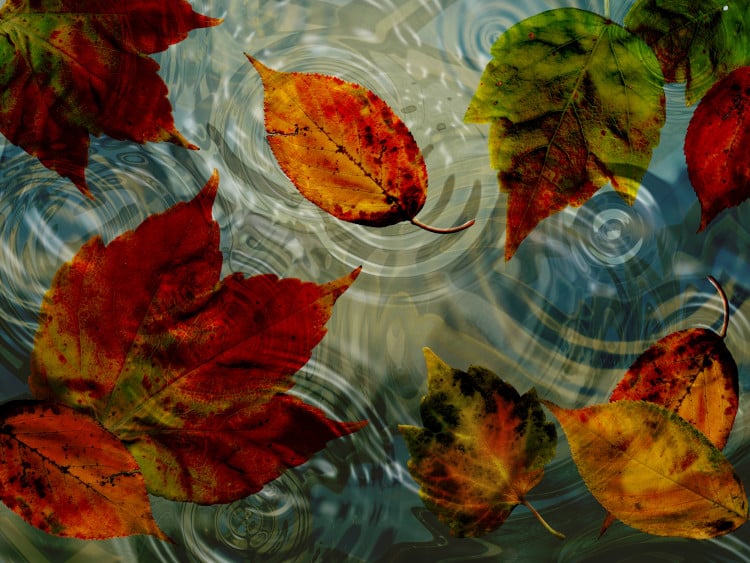 Play your part in saving the planet by planting trees. A single tree will help fight climate change by filtering pollution from the air and producing as much oxygen as 10 people inhale!

For your chosen tree to develop into fine a specimen, it should be well-branched with one, straight leading shoot and no crossing branches.

Choose a dry, cool day for planting but if the soil’s sticky enough to cling to your boots, it’s too wet for planting. Dig a hole that’s at least twice as wide and also deeper than the roots of your tree and fork over the base and sides to allow roots to spread easily.

To plant, remove the pot and put the tree in the hole next to a stake. Which should be on the leeward side to prevent wind rock and movement of the roots. Check the depth – a soil stain on the trunk indicates the ideal depth. Then fill the gaps with soil, which has been enriched with organic matter, pressing it down onto the roots to make sure that it is stable and water in.

Finally, wrap the trunk with a tree guard to prevent rabbits from nibbling the bark.

The most enduring and romantic of all British garden plants are roses. To keep plants healthy though, it’s important not to plant them too closely so that air can circulate between plants. And to keep plants strong and shapely by pruning out old and weak shoots every year between November and March.

On a day when the weather is neither icy nor frosty, arm yourself with a sharp pair of secateurs and don a pair of tough gloves to prune your rose bushes. Pruning will encourage them to produce lots of flower buds on a well-shaped framework of branches with an open centre.

As it’s the younger stems that tend to produce the best flowers, the aim is to prevent the plant from becoming congested. Remove any dead, damaged, diseased or weak-looking stems completely. Then cut back the most vigorous stems to within 25-30cm or three or four buds above last year’s cut. And the thinner stems back a little harder. Always cut to an outward-pointing bud, making a sloping cut about 6mm above the bud.

As thorns don’t tend to rot, put the dead material in the dustbin instead of the compost—especially if the plant has been infected by disease.

About the Author: David Domoney

David Domoney is a Chartered Horticulturalist, Broadcaster, and Author. David has worked with a number of the UK's leading garden retailers as a plant buyer and strategic consultant. With more than 30 years experience, in horticulture, David is as passionate about plants now as he was when he bought his first plant at a village fete.